Tuesday morning 5:30 we woke without the alarm going off, but soon after, everyone on the top floor of the hotel was being woken because of two missing phones and one jacked iPad. Let me set this up for you…

Lisa and I in one bed, three boys in the other, the room was feeling a bit stuffy so, as I often do, decided to leave the door open. After all, the hotel is gated with a watchie, and I had never felt un-safe here before. Obviously we all slept well because in the middle of the night someone came into our room and had helped themselves to Arnold’s phone, my phone and my iPad. I immediately went to the watchie to let him know I was upset about this news.  He let me know there was only one other room occupied upstairs other than the two our team had and it just so happened to be the room right next to ours.  As it was further investigated, the man in said room had paid three girls to come to his room and apparently as they left, they couldn’t help but notice the electronics.

The police were contacted and I had little hope of finding any real help. But to my pleasure these fine, professional men in uniform, donning bullet proof vest and packing M-16’s arrived in their four wheel drive commando rig looking ready for the task and more than prepared to retrieve my belongings.  Without any real good-byes with my wife, Pat and Paul (they were catching a flight out in a couple of hours), I jumped into action with the boys in blue.

After a ten block ride it looked as if we had closed in on the beacon. The officers surrounded all corners of the shack structure and started knocking on doors.  Soon after this, the girls that were at the hotel the night before were ID’d by the hotel’s watchie (who also came along) and soon after that, the iPad was returned.  Then I let the police know it wasn’t only the iPad we were locating but my iPhone as well. Shortly after that my iPhone was retrieved.  Arnold’s little track phone wouldn’t be so fortunate, as it was unable to be retrieved.  Sorry Arnold.

The police asked me if I would like to press charges and told me if so they would need to keep the items until the girls were charged.  After thinking about how good and full of grace God has been to me, I told the police I would just like to pray for the girls.  And so they brought them out to me and I laid hands on them, lifting them and the man at the hotel – my neighbors – to our Lord, giving the situation to the one who really knows what is best for each of us.

On the way back to the hotel I asked the police if they would take me to the airstrip where me wife was getting ready to leave so I could return her phone which did the tracking and get a proper good-bye – which they did gladly.  All that excitement before most of us have had a chance to drink one cup of coffee. Nothing but my highest regards for these guys – a job well done. Bravo officers!

After Lisa, Pat and Paul were safely on the plane I headed back to the hotel to get my bike and to sadly watch the plane fly off over the lagoon, (my lonely moment).  I then headed off to help our friend Mateo and Oriellio frame up Pastor Ludy’s new house floor.   I did this same work also on Tuesday and Wednesday.  It was so nice to work along side these two guys again as they were the ones I helped build five new church buildings with in remote La Moskitia beginning back in September 2012. 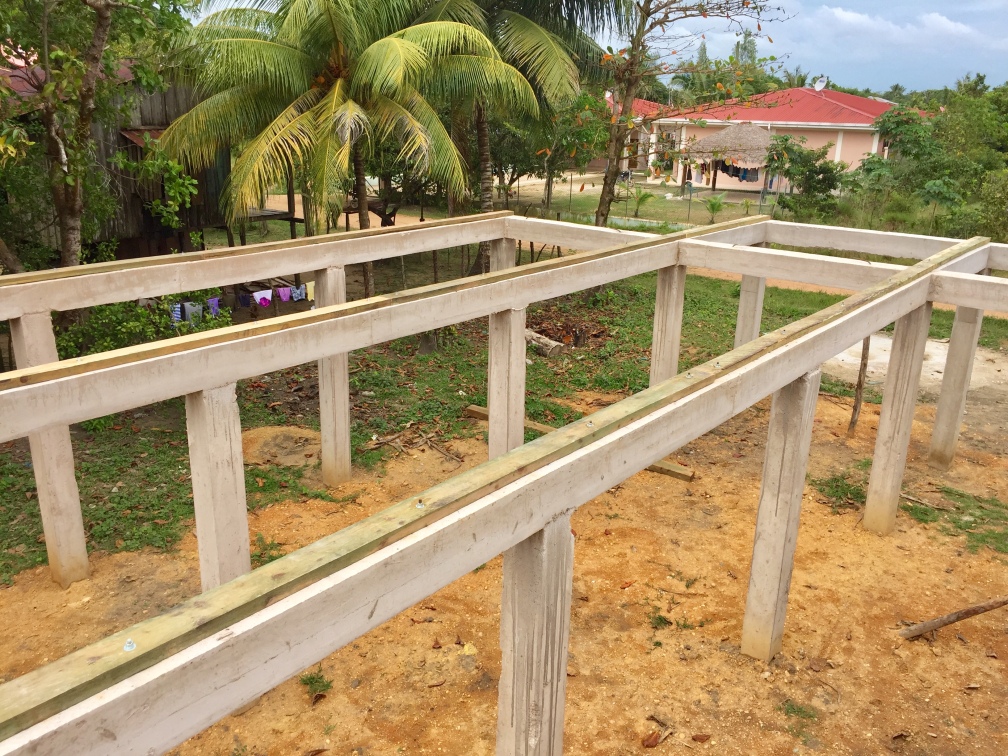 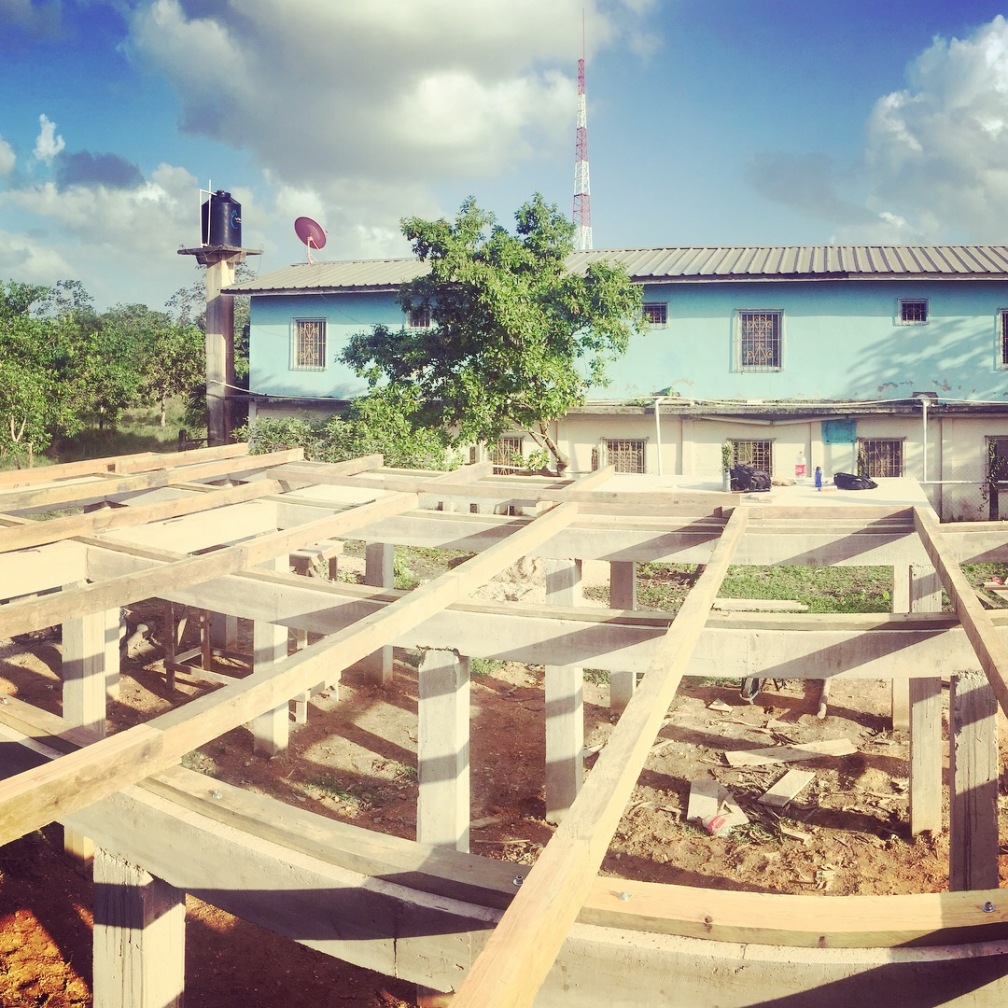 The boys have had a great couple days start to this school year.  They all seem excited and happy and really it has not been too bad to get up by 4:00AM as they need be at school for breakfast by 6 and it’s an hours walk from the hotel. I have to say they are starting out strong, washing their clothes every night and doing homework. 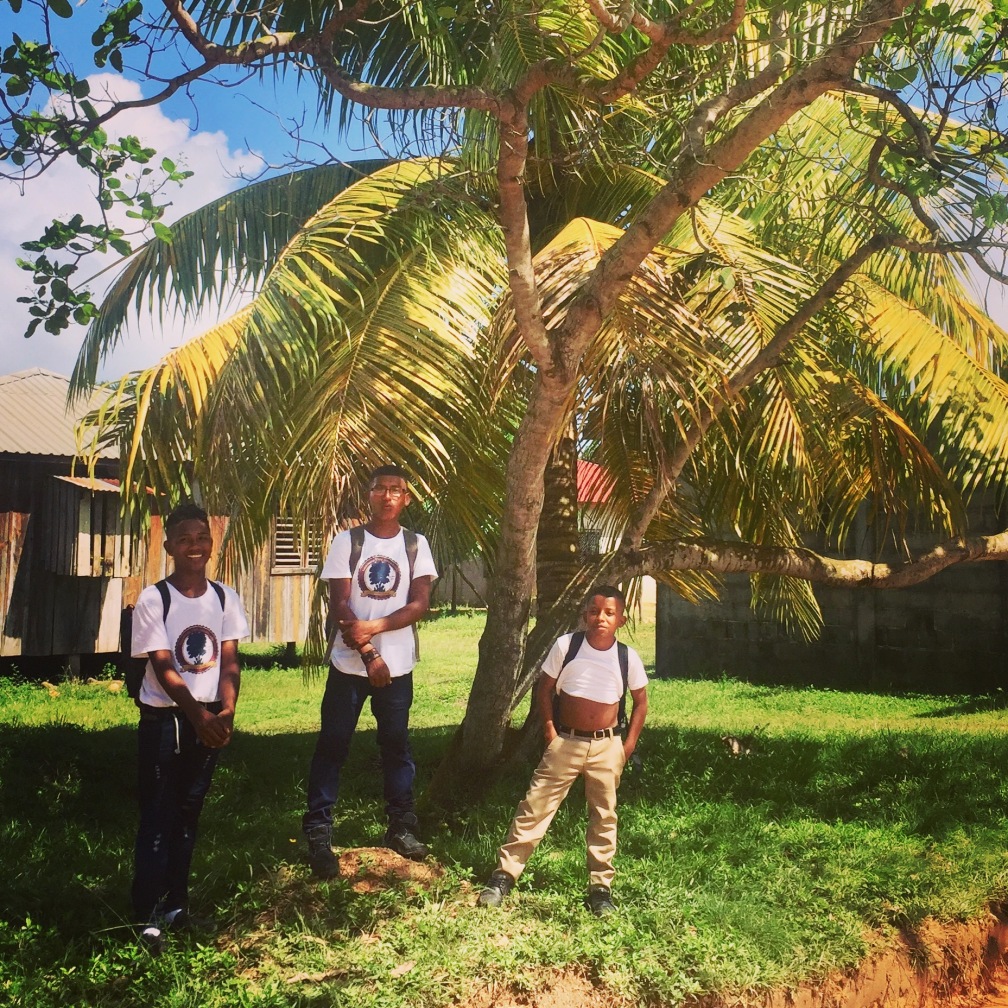 Today, (Thursday) was a good day.  The new solar pump is up and running and with full sun the last couple days we have filled both tanks – 600L and 2500L.  I will be getting a fresh sample for another water test tomorrow.  Please pray that our well water will be free of ALL contaminates.

On the down side I’m praying that the new table saw I brought down is not ruined, as we got it quite hot fighting each other trying to rip one of the 25’ 4”x6”s. Once the saw was shut down it wouldn’t turn back on?  Maybe a circuit breaker of some sort?  Also, I was prepared to share some reading of Galatians with the guys in the prison this afternoon, but Ludy was tending to Mateo and Oriellio and Walter was out with a team translating so I was unable to share with the prison men without a translator. 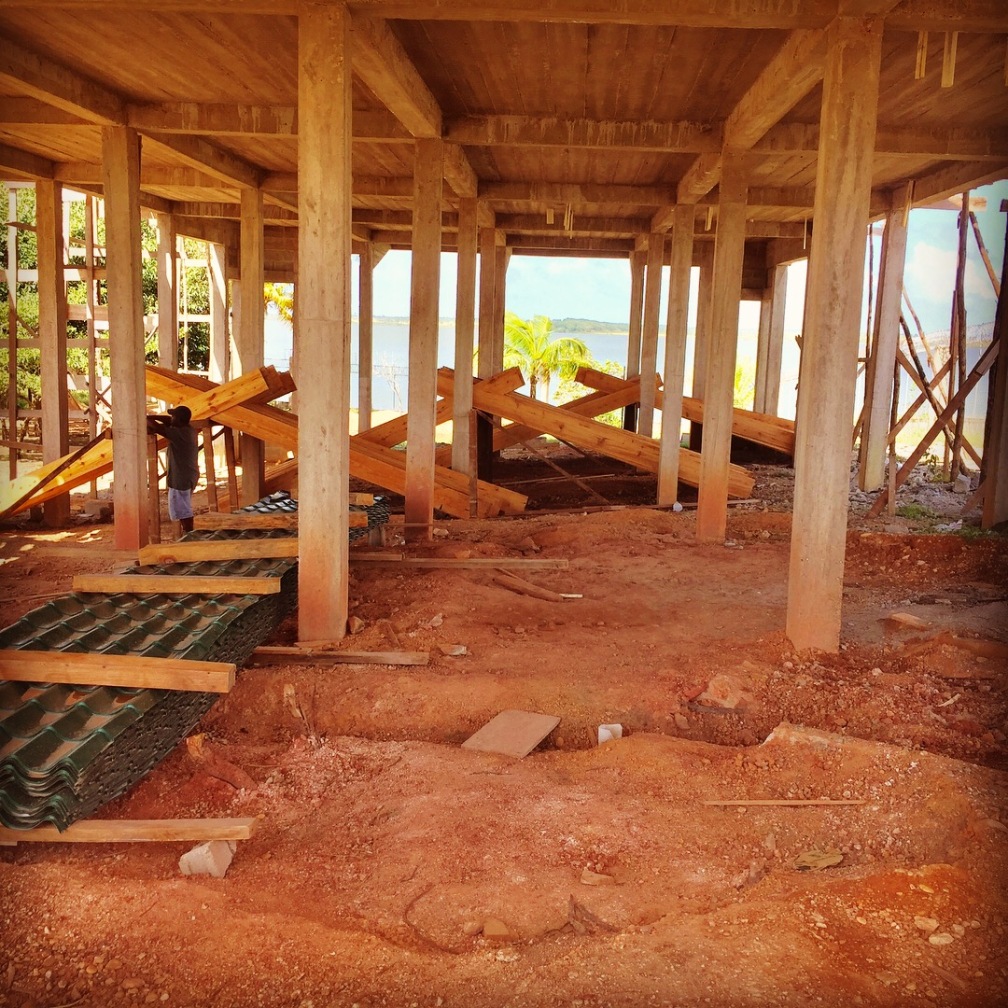 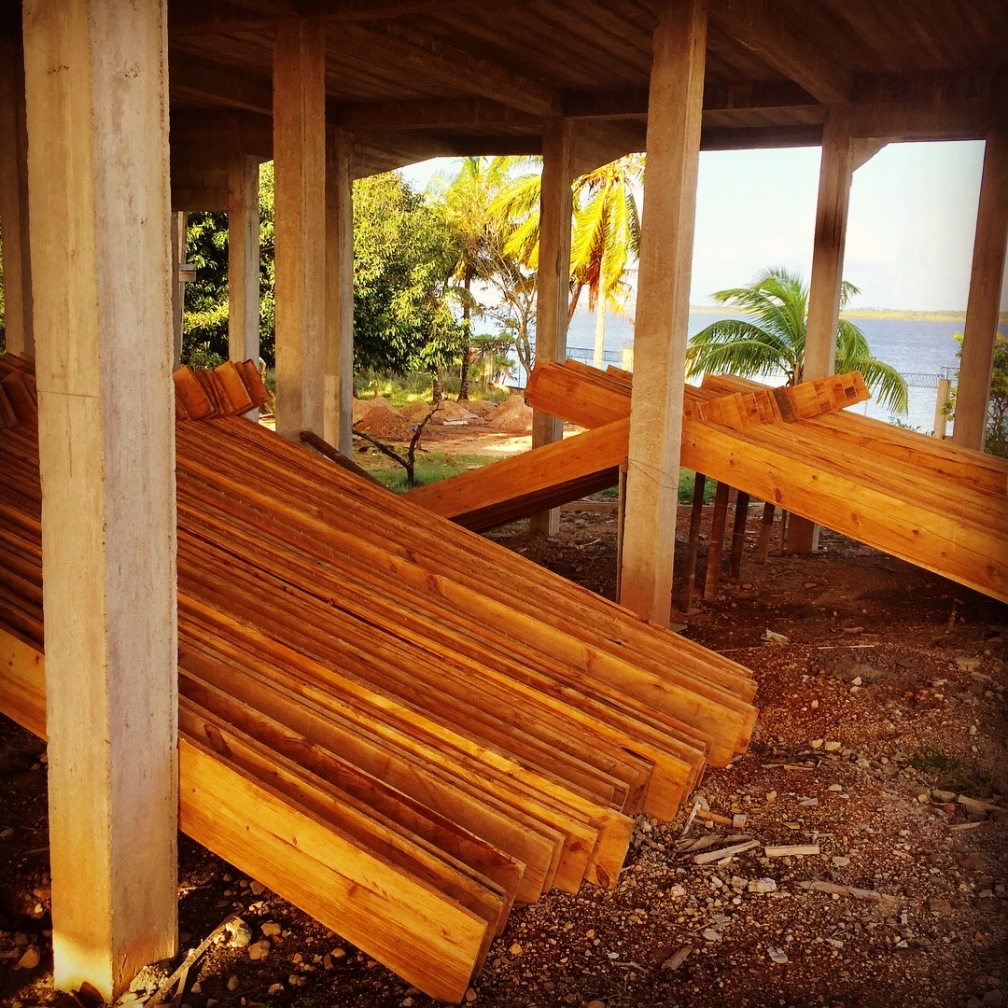 God is alive and well, and I can see Him at work everywhere I look! I’ll reflect more in the next couple days but wanted to catch y’all up a bit, just trying to hold on it’s gonna get busy starting manyana!

Welcome to La Moskitia! Two steps forward three steps back? Thank you for your prayers, not sure I could do this without them. I love you and God bless you!

Mike and Lisa at Action International